A Proper Resting Place: Cremation Services On The Rise

There has always been a type of stigma surrounding choosing a cremation for a passed loved one. While burials in cemeteries have long been accepted as the proper means to say goodbye to the departed, cremations have been looked at with a less favorable light. Some may say that cremating the remains of a loved one is callous and impersonal, opting instead for the body to be laid in a casket and set into the ground during a funeral. Yet, as social norms and traditions change throughout time, processes that were once viewed as archaic are reexamined in the lens of the modern world to be socially acceptable. Those that have lost loved ones now face the choice that determines not only the future of the remains but for their own lives as well.

Regardless of whether or not one agrees that a burial is a more dignified way to lay a loved one to rest, there is no doubt that a burial is a far more expensive method of doing so. According to an article in USA Today, the average cost of a burial is around $6,500 whereas cremation services are only a third of that cost. It need not be said that these days, many are facing an insurmountable amount of stress regarding finances. In an article by Fortune, statistics show that although things seem to be turning around for the economy, there is still much work to be done in recovering from record unemployment rates. Those that have been affected financially and have also lost a loved one now have to deal with how to proceed for a proper resting place for those that they lost. With these difficult decisions set in motion, it is only natural that the option of cremation will indeed be on the rise.

The cost-effectiveness of cremation is bound to be recognized as more choose this method of remembrance for those that have passed. In-ground burials with cremated remains can always be accommodated as well, if that is what the family prefers, to set a more traditional tone for the place of rest as many prefer the physical process of visiting a gravesite in order to commune with those that have passed. The future and welfare of those left behind should be considered, especially when it comes to finances. Losing a loved one is extremely difficult and need not be exacerbated by overwhelming financial debt. In the end, the well-being of all should be considered and respected. 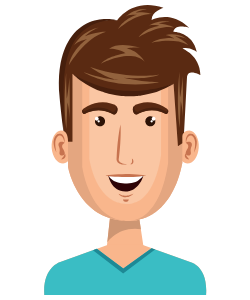 Funerals and death make many people uncomfortable, and asking questions about funerals can seem like a faux pas. You may find yourself wondering why bodies are embalmed, or what the advantages of cremation are — but where do you find answers? You can find them here. We are not afraid to talk about death and dying, and we seek to offer the information everyone needs to know when planning or attending a funeral. You're going to feel a deep sense of loss whenever you lose someone close to you, but being able to prepare for and attend their funeral with confidence will at least make things a little easier in your period of grief.

Grieving From A Distance: 3 Services Funeral Homes Offer That Can Help
20 July 2022